Stockfilms has been in the window film industry since 1976. We specialise in wholesale distribution of Window Films for architectural and automotive glass. Another addition to the large range of films we stock is the Automotive Window Films,Car Window Films,OPX Window Films,Car Window Tinting Films, American Standard Window Film (ASWF).This product has been manufactured with the newest machinery which is customized for increased production efficiency, faster turnaround times and greater cleanliness resulting in superior product quality offered at a competitive price. 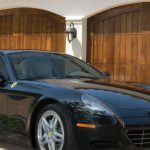