After witnessing the corruption of a moving organization, Bill Chen decided to create his own company in 2008, the Bill Removalists Sydney. Moving days can be very stressful, which is why Bill’s moving company is here to make it easier for you, as it provides a professional team of well-trained, polite and clean movers who love their job.

They will not only treat your belongings as their own, but they will assemble and disassemble furniture with no extra cost added to your bill. Bill Removalists Sydney is a company that is focused on customer benefits, which is why they always ensure that their staff members are highly-trained.

Even if Bill Chen began the company as just one man, the company grew fast. The operation expanded beyond the Sydney suburbs and to the surrounding cities: Wollongong, Wagga Wagga, Albury, Sunshine Coast, Gold Coast, Coffs Harbour, Canberra, Newcastle, Melbourne, Brisbane, and other. 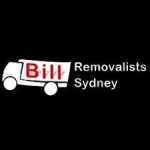